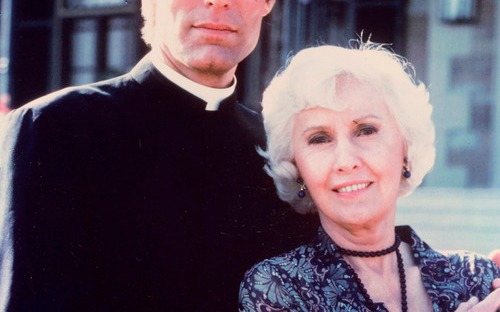 Colleen McCullough dreamed of being a medical doctor, but due to her allergy to the surgical soap used, she was told to find another career path. Colleen then became a successful neuroscientist, and taught and researched at Yale Medical School for a decade. During this time she was not only highly successful in her chosen field of study, but she also wrote one of the most famous novels of the late twentieth century. The novel followed the story of the Cleary family, particularly that of Meggie Clearly, who grows from a young girl to a woman, all the while harbouring a deep, and forbidden love for a Catholic priest, the handsome, and ambitious, Ralph de Bricassart. The novel was called The Thorn Birds, named for the fact that Meggie’s love for Ralph is so great that it brings her lifelong suffering. 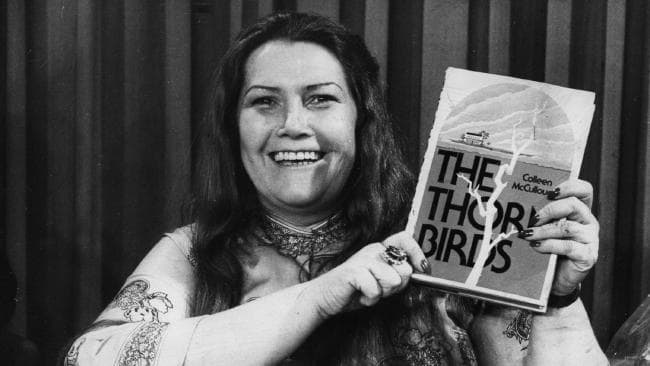 The novel, which was intricately researched by Colleen in terms of the workings and politics of the Catholic church and the existence of early twentieth century sheep farmers in Australia, would go on to be the best selling novel in Australian history, selling thirty three million copies worldwide. Unsurprisingly, almost immediately after its release, the novel was considered for a film adaptation, but due to the extensive plot, it was thought to be better suited to the mini-series format on television. This was especially attractive due to the success of such mini-series as Shogun and Roots. When the mini-series adaptation of The Thorn Birds debuted, it became the second most successful mini-series after Roots (which would go onto be highly controversial due to Alex Haley’s circular and self supporting research methods). 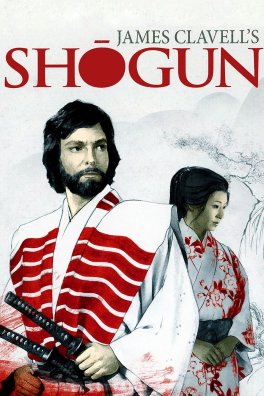 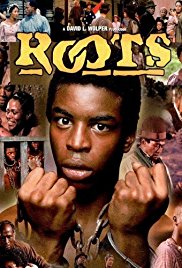 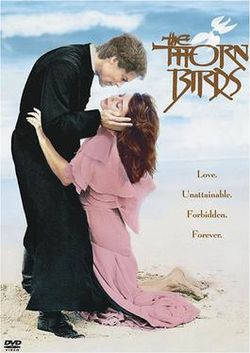 The desire for the unobtainable

Although Mary Cleary is not the main character of the novel or miniseries, she is one of the most memorable characters in both. She married extremely well, and now owns of the largest sheep stations in the Australia, and also has an enormous personal fortune due to varied business deals, the extent of which is unknown until her sudden death. 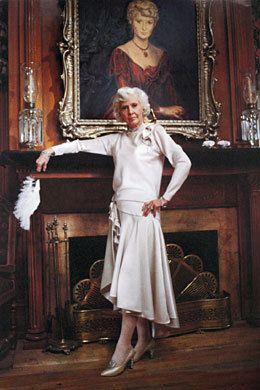 Barbara Stanwyck was not the original choice to play Mary. The role was first offered to Audrey Hepburn, which I find bizarre, because despite my great affection for Audrey, when watching Barbara play the role, I feel as it were written especially for her. She perfectly communicates the continued sexual and physical desires that Mary feels despite her advanced age. Mary is courting Father Ralph. There is no other way to put it. Despite his occupation as a priest, Mary wants Ralph to be her lover. And she makes no qualms about it. Ralph has been exiled to the back of beyond because of his failure to observe his vow of obedience, and went against the decision of a bishop. Mary tells him that she wants him to also break his vow of chastity. 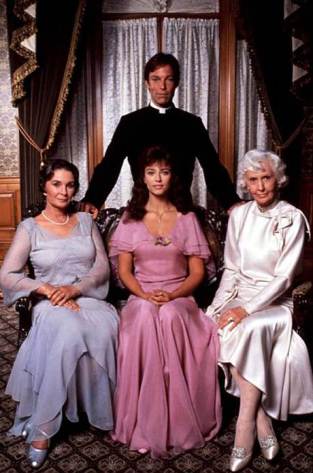 While Mary wants Ralph to break this vow with her, she begins to realise that Ralph very much desires the much younger, and very beautiful, Meggie. And so she goes about punishing both Ralph and Meggie by forcing Ralph to make an impossible decision upon her death: he can either allow the Clearys to inherit everything and finally be accepted by the surrounding community as more than her poor relations, or he can destroy her initial will and make sure that the Catholic church inherits her entire fortune, thereby ensuring that he will no longer languish in the sticks and will eventually be able to work his way up the ecclesiastical ladder and perhaps become Pope one day. Ralph, unsurprisingly, due to his ambition and failure to adhere to the rule of humility, chooses the later, and thereby not only sets himself on a course headed for the satisfaction of ambition rather than personal happiness, but also dooms Meggie to a lifetime of unhappiness, disappointment, unfulfilled longing and bitterness.

But before this all transpires, Mary angrily, and heartbreakingly, confesses the mental incarceration that human beings are sentenced to by age. She explains that while her mind is still young and filled with wants and needs, especially to possess and love Ralph, her body is useless. While she expresses her hatred for Ralph for not loving her due to her old age, she also shows her hatred for God for sentencing her, and all people, to such a fate: the slow and painful decay of the body whilst the mind remains painfully aware of a gradual physical death. It is in this scene that Barbara shows why she is considered one of the greatest actresses to ever enter the profession, because she is Mary Carson in that scene. Barbara is speaking for not only Mary, but herself. 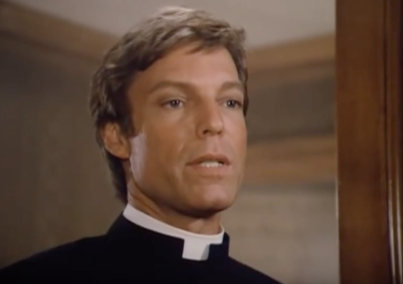 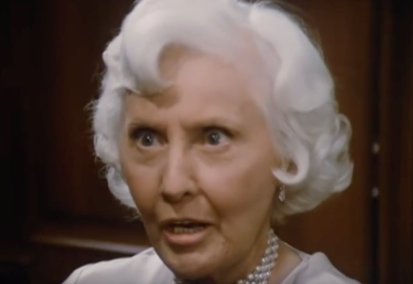 By the time The Thorn Birds was made, she had been acting for six decades, and her career had undergone a number of evolutionary stages: from the silent to the sound era, from pre-code to wartime cinema, from box office power to poison, and from the silver screen to the small, like Mary Carson, Barbara had lived through so many great personal, professional, national and global upheavals, that it is quite dizzying to track and think of. And like Mary, she came from humble beginnings and proved that she could be a powerhouse of not only her sex, but be equal, and surpass, any man. But Barbara also had to contend with the fact that Hollywood thrives and feeds off of youth, and that once she began to age, she was pushed aside in favour of younger actresses in the 1950s and 60s. But like Mary, Barbara was not content to let old age get the best of her. However, rather than sentencing a priest and her young niece to lifelong unhappiness, Barbara Stanwyck diversified her career through television. 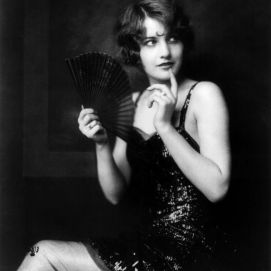 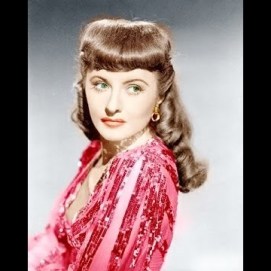 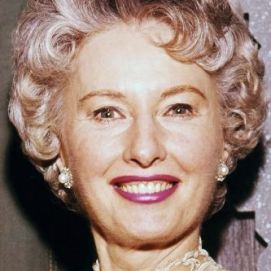 What is truly breathtaking about Barbara Stanwyck’s performance in The Thorn Birds is not only how incredibly powerful it is, but also how she supports the other actors in the scenes she shares with them, especially Richard Chamberlain, who does some of, if not his best, work in the series when he is acting opposite her. She elevates everyone’s performances, from fellow legendary actress Jean Simmons, to consummate professional Richard Kiley, and relative newcomer Rachel Ward. Barbara isn’t there to steal scenes, she’s there to make them. And even after her character makes her dramatic exit, dying just to spite Ralph and rotting at a rapid rate because of all of her stored up hatred for a man she cannot possess; Barbara’s performance echoes throughout the rest of the series, reminding us that the true function of a great performer is to not only give a great performance, but to lay the foundation for other great performances. 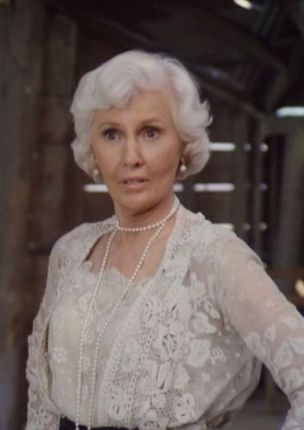 All the gates between the novel and the mini series

Barbara would win the Emmy for Outstanding Performance by a Lead Actress in a Miniseries or Movie and a Golden Globe for Best Supporting Actress in Series, Miniseries or Television for her portrayal of Mary Carson.

Despite being seventy five whilst starring as Mary Carson, Barbara looked so good that she had to be quite heavily aged for the part.

The miniseries was filmed in California and not Australia due to the latter’s impossible filming conditions and the country’s inflexible laws concerning the prioritising of Australian over foreign actors.

Bryan Brown, who plays Luke O’Neil, Meggie’s good for nothing husband, was the only Australian actor in the production. He and Rachel Ward met whilst making the series and are still married to this day.

Richard Chamberlain felt incredibly uncomfortable whilst filming his love scenes with Rachel Ward due to their disparate ages, and had to be coaxed by the director into giving a convincing performance.

Barbara had advanced emphysema by her mid seventies, due to smoking from the age of nine, and caught pneumonia during filming. 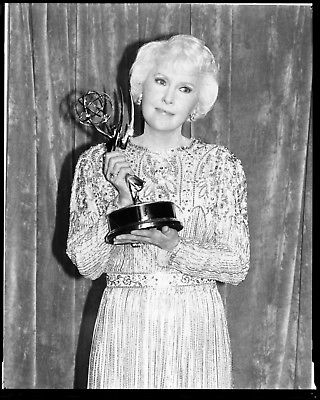 This is my first contribution for The Second Remembering Barbara Stanwyck Blogathon hosted by In the Good Old Days of Classic Hollywood and Maddy Loves her Classic Films. Please visit both of their blogs for more information and to read everyone’s contributions. 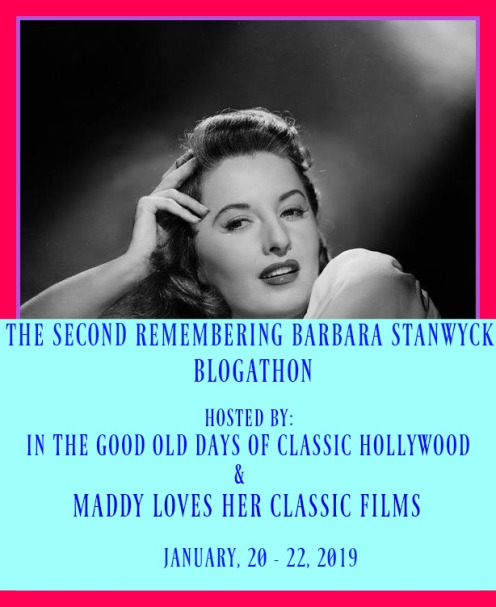 19 thoughts on “The Frailty of the Flesh: Barbara Stanwyck in The Thorn Birds”