Watching a film where Bette Davis plays the female lead is really something. From Now Voyager to Jezebel, Bette never put a foot wrong. But seeing her play both female leads. Well that’s really something. And she did it twice, almost twenty years apart, in A Stolen Life and Dead Ringer, in which she played identical twin sisters. And while both of these films feature Bette as a twin who pretends to be her sister, these films are quite different. 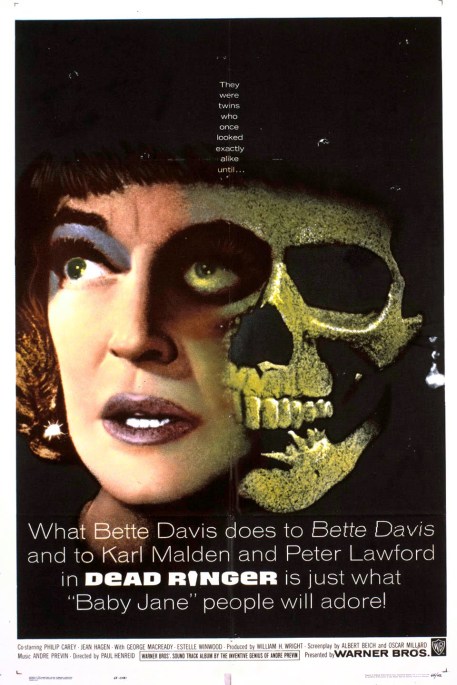 But before we talk about how these films, which have a fairly similar premise in some ways, diverge, let’s have a look at just how Bette managed to play twins twice (say that ten times fast). The special affects in A Stolen Life were nominated for an Oscar, and the trick photography used in both that film and its sort of successor, still hold up incredibly well today. Especially in the scenes where Bette basically addresses herself. These scenes are incredibly impressive because they don’t seem awkward. While a stand in was used in both instances in terms of who Bette was saying her line to, the conversation looks entirely natural. There’s nothing stilted about the way Bette conducts the conversation. While it would be very easy to over act or try to use physicality to hide the fact that you’re definitely not talking to your twin, Bette does none of that. In those scenes she really is two people, one spoilt and without remorse, the other lonely and overshadowed.

The renowned cinematographer Ernest Haller created the special affects for both films. Dead Ringer was his final film, but it is clear that the process that he had utilised for A Stolen Life was just as impressive, even more so, in this film. What makes both films impressive is that the trick shots utilised don’t make the scenes featuring twin Bettes seem stilted. The “twins” walk in front of and behind each other, they don’t only talk to each other with the camera moving back and forth all the time, which would be dizzying and chip away at the realism. The boating scene in A Stolen Life and the murder in Dead Ringer, both show Heller’s mastery. Bette is not only shown sitting beside herself in the boat, but the boat also moves violently during the storm scene, and while there are behind shots of one twin, they are seen in the same shot with their faces visible while the boat thrashes about, the momentum uninterrupted. In Dead Ringer, Bette seemingly moves her own floppy head back and forth after the murder has been committed, and there are very few if any behind shots during that intense sequence, adding to the believability and horror of the moment.

Dead Ringer is a sort of sequel to A Stolen Life. Both films show the trials of a twin who has always come in second place her conniving, spoilt twin. In both films, the “bad” twin has stolen the “good” twins beau and married him, causing much heartbreak for her sibling. Both films show the messy aftermath of this man stealing, but whereas A Stolen Life gives the viewer a happy resolution, it’s sort of successor definitely doesn’t. And this is because whereas A Stolen Life is about chance and a seeming reward for good behaviour and patience, Dead Ringer flips that on its head and shows how even the good run out of goodness and patience, and are indeed just as capable of doing the unspeakable.

Kate, the good twin the 1946 film, ends up with Bill because her sister is washed away by chance during a sailing excursion. Bill is an utter twit for most of the film, and it is rather unbelievable that we should root for them to be together, her ending up with Dane Clark’s passionate artist is far more attractive. But this happy ending is, of course, a product of the production code. It would have been interesting to see what would have transpired in the film if the production code was absent, and this is what Dead Ringer gives us. Edith murders her conniving sister, Margaret, by shooting her in the head and making it look like a suicide. She spends far more of the film pretending to be Margaret than Kate spends pretending to be Pat, and the ramifications of this pretence are explored in far more detail. This also means the stakes in the film are far higher than in A Stolen Life. And that is the crux of the matter: A Stolen Life is a melodrama and Dead Ringer is a suspenseful thriller with slight elements of horror, although despite the film’s original poster, it’s definitely no successor to Baby Jane.

The reason I think that these films are a perfect double bill is not only because Bette is queen of the twins, but because these films show that she didn’t play twins in a repetitive way. Sure, Edith and Kate are both downtrodden, and slightly pathetic in their own way, but they’re very different characters. Edith is nowhere near the patron saint of patience and hoping your ex beau grows a brain like Kate is. While Edith is a good person according to Karl Malden’s character, she is capable of terrible darkness because her anger and resentment has festered and boiled over over many years. Kate experiences heartache, but it’s not quite as intense as Edith. I mean, Pat is dispatched pretty neatly, and no one seems to miss her too much. It’s almost as if everyone is glad she’s been offed. Nothing about Dead Ringer is quite so clean cut. And this is both due to the script and Paul Henreid’s very competent direction. Dead Ringer shows us that nothing goes unpunished. The ending of the film is both upsetting and perfect. There’s no way that it can’t end that way.

The same goes for A Stolen Life’s ending. Despite rolling your eyes at Bill’s braindead behaviour, Glenn Ford manages to still be pretty damn cute, and you want Kate to be happy because she a good ‘un. Although, as I said, it would’ve been interesting if she’d had a bit of la sexiness with Dane Clark, smouldering eyes™. You want the same for Edith, because even though she’s murdered her sister, Margaret is so unlikeable that you’re pretty okay with her being given the old heave ho. Especially after it’s revealed what she and her oily love, played by Peter Lawford to perfection, did to her poor husband. You can imagine that happening to Bill, but the production code and the melodrama saves him from such a fate.

It really surprises me that Bette wasn’t nominated for any awards for either A Stolen Life or Dead Ringer. She shows a lot of range in both films. Not only does she play disparate characters in both films, all in one film to be exact, but she also elevates both films through her performance. A Stolen Life could have very easily devolved into eye rolling sentimental tosh if Bette didn’t show such terrible pain and terrible destruction through Kate and Pat; and Dead Ringer could have easily lost its momentum if Bette didn’t constantly look like a hunted animal that had accidentally wandered onto a precipice with the hunters behind. Both performances could have also been totally overdone, especially in A Stolen Life where the music swells every time Pat kicks Kate in the teeth again. 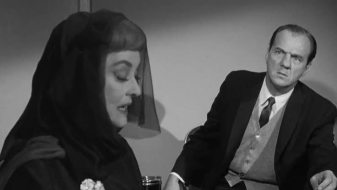 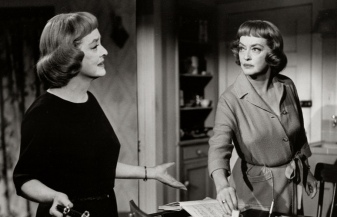 Overall, I think that if you are a big Bette fan and you really want to see her versatility, then watch both of these films in a double bill. You’ll be screeching at Glenn Ford as he acts like a dumb puppy when Bette’s bad twin crooks her finger and cocks a knowing brow, and you’ll be biting your nails that the jig won’t be up for Edith.

If you’re a fan of either of these films, or both, please let me know. And if you’re not, why not? What didn’t click in regards to double Bette for you?

This is my first contribution for The Fourth Annual Bette Davis Blogathon being hosted by In the Good Old Days of Classic Hollywood. Please visit her blog for more info and to read all the contributions. 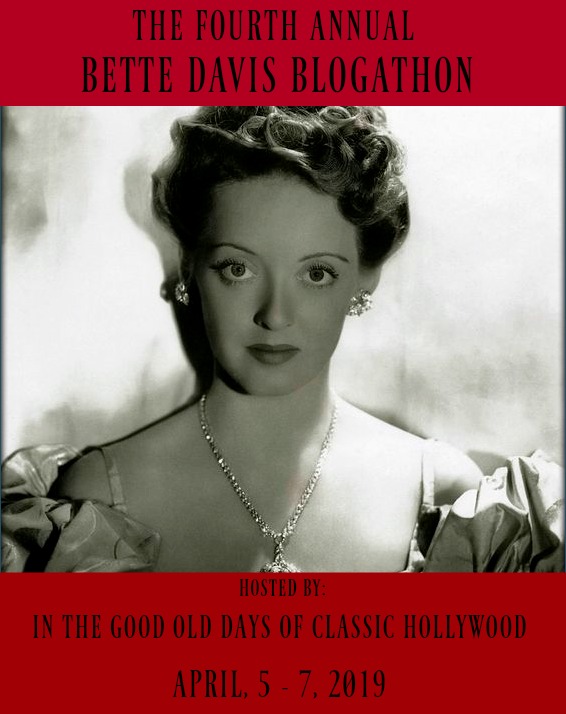 8 thoughts on “Walking through the looking glass: Bette Davis in ‘A Stolen Life’ and ‘Dead Ringer’”