As with Love Story, I had never heard of Footsteps in the Fog. Perhaps this is because the film has been overshadowed by similar outings such as Gaslight (1944), The Lodger (1944) and Dragonwyck (1946). But this should not be so, as Footsteps in the Fog is just as impressive as its similarly gothic predecessors. It has the same paranoid, moody atmosphere, the same intensely psychological storyline, and the same fascinating direction. 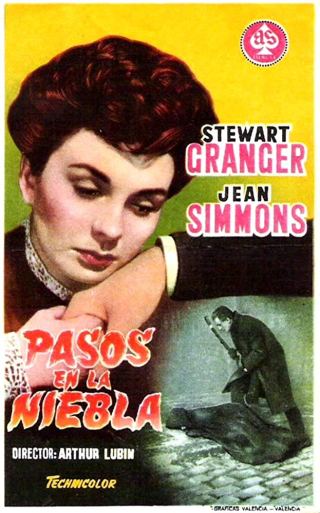 What makes the film even more impressive is that it is shot in Technicolor, and not thick, dark chiaroscuro black and white. Somehow the colour seems to make things even more uneasy, because everything is so beautiful, from Stewart’s velvet jackets, to Jean Simmons raven hair and the delicate palette of Belinda Lee’s dresses. The technicolor also brings out the shimmering white fog and how it curls and consumes the city in the darkness. The colour also ensures that Stewart Granger’s deranged character, Stephen Lowry, kills the wrong woman when he stalks her in the fog, as she has the same colour cape as his housekeeper, Lily (played by Jean Simmons), who has been blackmailing him. 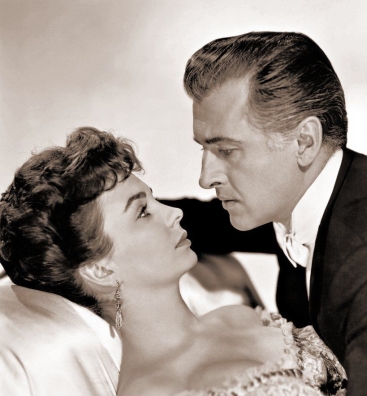 Stewart’s performance in this film is incredible. He is not the charming hero of previous films, the Englishman with a lovely smile and good intentions. He is still extremely handsome, but he is no hero. He is a cold blooded, calculating murderer who slowly poisoned his older wife to death, and now is plotting to kill Lily because she knows what he’s done. He also slowly manipulates both Lily, who despite knowing he is a killer is still besotted with him, and sweet, naïve Elizabeth (played by Belinda Lee) who is equally enraptured by him. But as the film goes on his smooth facade cracks until it finally shatters in an absolutely unforeseeable and strangely just finale. 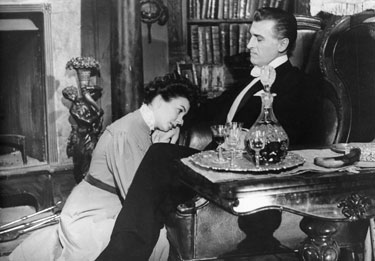 The end of the film is what really stays with you. The way that even to the end Stephen cannot take responsibility for his own monstrous urges. How he blames Lily for what he has done to himself, and how despite knowing that he has tried to betray her so many times, Lily still loves him. That her love for him has driven her as insane as he was, but in a different way. Unlike Stephen who believes himself above everyone else but still understands the reality of the world, she has been consumed by a fantasy world in which class and morality have ceased to exist. 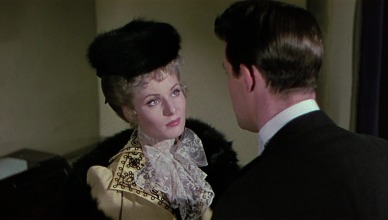 The film’s exploration of class and sexual relations between men and women is very frank for the time in which it was made. It does not romanticise how badly servants and the lower classes were treated in the 19th and early 20th century. Lily is invisible to Stephen before she becomes a “problem”, an obstacle to his plans. She is ruthlessly abused by the cook, who lords her authority over Lily. The way in which Lily and Elizabeth are portrayed in the film is also completely different. Although Lily is far more intelligent and interesting than Elizabeth, she is not regarded by any of the male characters as desirable. Except for Stephen who seems to desire her sexually, but is also playing a strange, disturbing sexual game with her in order to maintain control. Elizabeth is the perfect example of a lady of that time period. 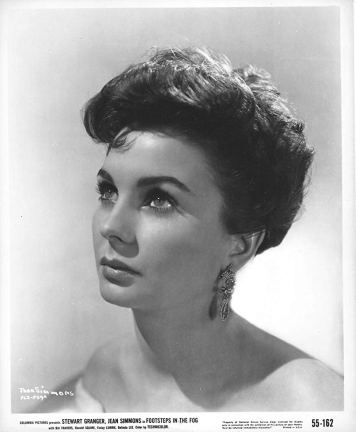 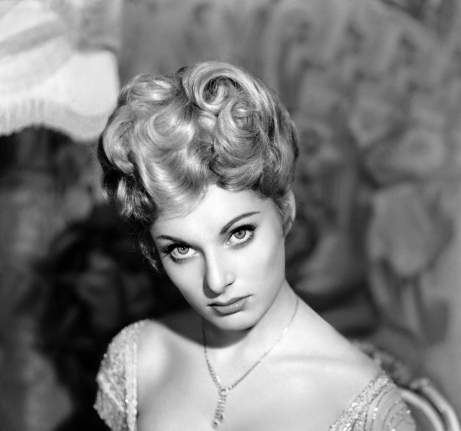 While Lily is shown as having sexual desires and a sexual identity, which make her interesting, especially in the scene where she tries on her dead mistress’ clothes, Elizabeth seems sexless, like a little girl. She is dressed in girlish colours, rose pinks, soft yellows and cool crisp green. Her hair is always piled on her head in a delicate style, but one that confines her blonde hair. Lily is seen with her hair spilling over her bare shoulders after a sexual encounter with Stephen, who is shirtless in the scene. The sexual chemistry between Stewart and Jean is palpable. This probably because they’d been married for five years by the time the film was made. But there is also something so incredible about how they manage to convey how sexual desire can be so destructive and lead to cruelty. There is nothing tender about their relations. While in comparison, Stephen treats Elizabeth like a doll. He kisses her with no passion, as he would something made of porcelain. 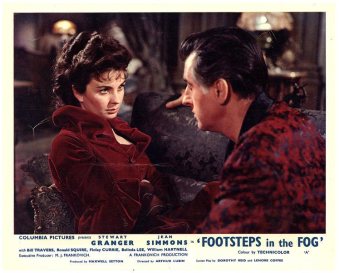 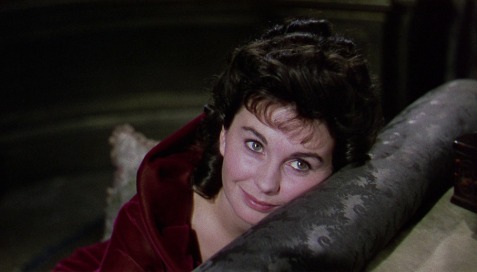 Power dynamics and power plays are also very important in the film. Stephen and Lily both vie for power, but Lily’s is far less far reaching that Stephen’s. Stephen wants to marry Elizabeth and gain access to her father’s powerful business empire. Lily just wants a home, and is so desperate for one that she believes Stephen when he says they’ll immigrate to America and he’ll forgo his privileged position in British high society. There is a terrible loneliness in both Lily and Stephen, but where Lily wants to assuage this  with love, a devotion to Stephen, he is entirely hollow. 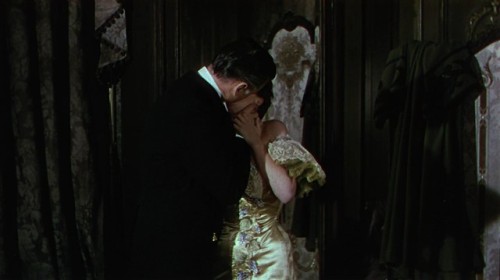 Stewart apparently did not get on with director Arthur Lubin. While Lubin and the producer MJ Frankovich got on well, Lubin recalled that,” I had problems with the leading man, Stewart Granger, who hated me. He didn’t like anything. He would go to Frankovich and say ‘Mike, if Lubin doesn’t stop annoying me I’m going to be sick tomorrow.’ But miraculously the picture turned out to be a good one.”[6] 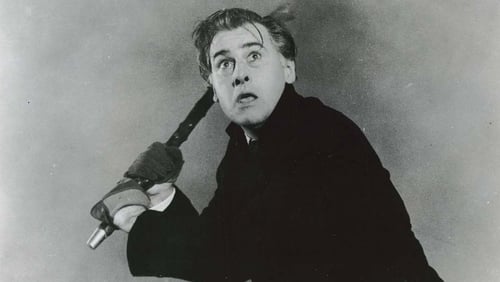 Perhaps this friction between director and leading man added to the unnerving, discomforting atmosphere of the film, which never allows the viewer to settle into any kind of certainty. From the beginning to the end of the film you do not know how far Stephen will go to rid himself of what he sees as stumbling blocks to maintaining his carefully cultivated image. You also want Lily to realise just how dangerous the game she’s playing is, and you also want Elizabeth to realise that the imagined, cosseted world her father has created for her, and that Stephen has maintained, is not real. 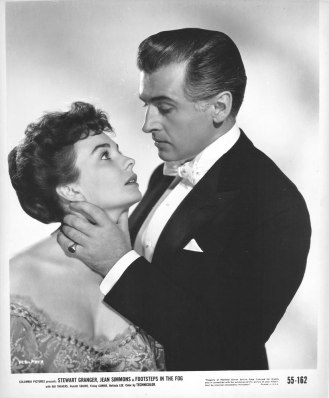 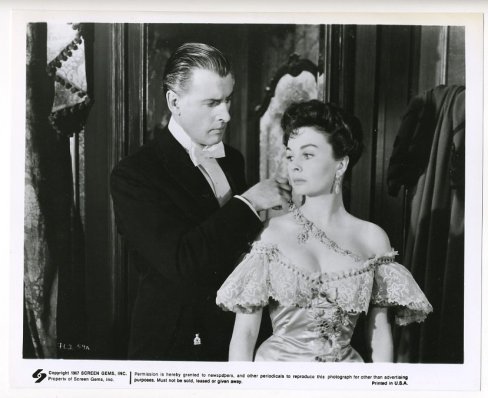 Overall this is a film that will stay with you for a very long time after you watch it. It isn’t like any other period drama of the time period that I’ve seen, and it contains some of the best performances I have ever seen in a film of the genre. Just remember when you watch it, you may never look at fog the same way again.

This is my second contribution for The Stewart Granger Blogathon being hosted by Maddy Loves Her Classic Films. Please check out her blog for more information and to read everyone’s contributions. 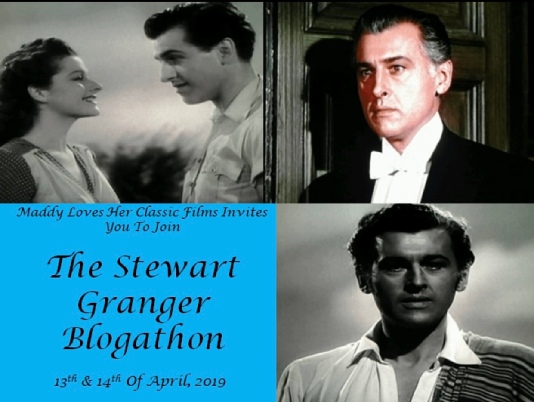 3 thoughts on “The Poison of Thine Lips: Stewart Granger in Footsteps in the Fog (1955)”