As many of you know, Alan Ladd means a lot to me. He’s my favourite classic male film star, and I have spent many happy hours trying to watch as many films of his as possible. I’ve also started a blog series dedicated to him and have written a number of articles that feature his films. And so I feel, that for his 106th birthday, it is only fitting to celebrate this wonderful man and actor with a blogathon dedicated to his life and work.

Alan was born in very reduced circumstances in Hot Springs, Arkansas, and his father died when he was a small child. He spent time in an itinerant camp as a child with his mother and stepfather for four months before they finally reached California. Whilst in school, Alan was extremely popular and an accomplished swimmer. Upon leaving school, he married his childhood sweetheart, and they lived in very reduced circumstances as Alan tried to procure work to support his wife and young son, Alan Jr.

Alan was repeatedly disappointed in his attempts to procure acting jobs, and after a decade of failed attempts, he finally retreated to radio, where he was very successful. This was how Alan became acquainted with Sue Carol, a former silent film actress turned talent agent, who would become his second wife, with whom he would have two children, David and Alana. 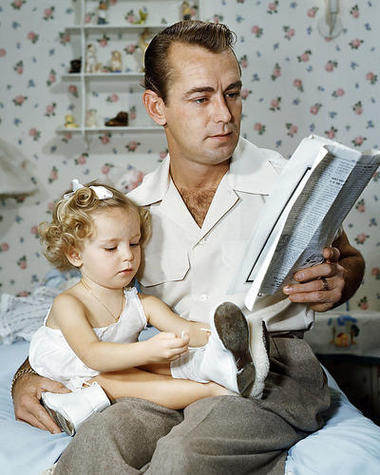 Alan’s breakout role was in This Gun For Hire in which he played the tragic hitman opposite, Veronica Lake, with whom he would make a number of successful films, such as The Blue Dahlia and Saigon. From this point on Alan shot to stardom and was Paramount’s biggest box office earner for over a decade. He was also consistently voted the most popular male star in Hollywood, meaning that during the 1940s and much of the 1950s, he received thousands of fan letters, which he made sure he replied to with a signed picture of himself. His fans and family were more important to him, in his own words, than his stardom. 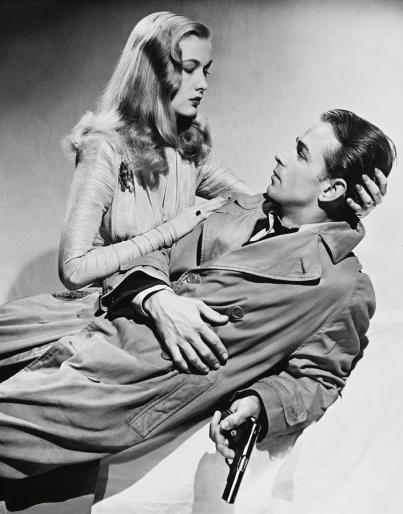 Alan left an indelible mark on cinema, originating the signature trench coat and trilby outfit that is a famous part of film noir, inspiring his contemporaries Humphrey Bogart and Robert Mitchum to adopt the same dress in their films. His influence on cinema has been incalculable, most notably with his most famous role, Shane, which many consider to be a tour de force Western due to Alan’s unforgettable performance.

Pale Writer: A Tribute to Alan and The Proud Rebel (1958) 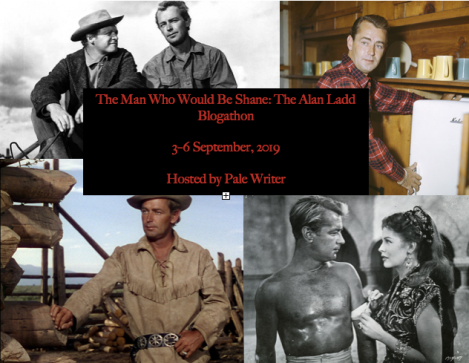 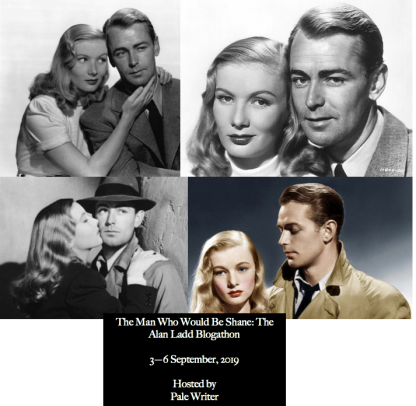 85 thoughts on “Announcing The Man Who Would Be Shane: The Alan Ladd Blogathon”