Jeanne Craine has always been a classic film actress who I knew of, but who always flew under the radar for me. I’ve always mostly associated her with the part of evil Gene Tierney’s sweet cousin in Leave Her To Heaven. I remember liking her in that, and thinking how lovely she was, which is really something, because she was starring opposite the gorgeous Tierney. But other than that I never really gave her much thought. For me she seemed rather overshadowed by other actresses of her time, and I was also rather perplexed by her casting as the lead in Pinky.

But when the lovely Christine at Overture Books and Films announced a Blogathon dedicated to Jeanne, I thought I’d make more of an effort to seek out some more of her work. It was purely by chance that I chose People Will Talk. It was both available on Youtube, and I can never resist Cary Grant, but I knew little else about the film, and made little effort to find out about it before I watched it with my constant viewing companion, my ever forbearing mother.

I was firstly delighted to learn that the film was written and directed by Joseph L. Mankiewicz, whose work I have long admired. Two of my favourite films made by him are Dragonwyck and Cleopatra, utterly disparate films which show his enormous talent for versatility. Secondly I was pleased to learn that the film also starred Hume Cronyn, who I don’t think gets enough attention for his excellent acting and writing skills, and Sidney Blackmer, who was excellent as the pompous father in High Society. Here he plays a very different kind of father, but no less well.

People Will Talk is a difficult film to define. It’s described as a romantic dramedy on Wikipedia, which is fine, but not quite it. The film is one of the most frank and unusual that I have seen produced not only by a large studio of the era, but also under the Production code. The film almost feels as if it were independently produced with its very understated performances, it’s incredibly realistic and true to life storyline, and it’s very original story. This is not to say that this is the only film of its time that bears these traits, but I can genuinely say that it is a very unique film. It’s frank depiction of pregnancy out of wedlock, attempted suicide and medicine is quite surprising, especially a scene which features a cadaver. Whereas these were only suggested and not seen in films featuring dissection such as The Body Snatcher, a young, dead girl is shown on a dissection table, in a classroom. Grant even combs his fingers through her hair, and whilst doing so introduces the main premise of the film: the divide between doctor and patient. The increasingly impersonal and clinical attitude of the doctor versus seeing the patient as human, with wants, desires, fears and complex emotions that cannot be neatly defined in anatomical or medical books and journals. 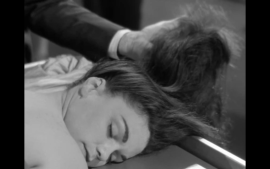 And that is how Cary and Jeanne meet and why they connect. Deborah (played by Jeanne) finds herself in a terrible fix, one that is quite shocking considering the era as well: she is pregnant by a man she did not marry. She then tries to kill herself when Dr Noah Praetorius (played by Cary) confirms this, and he lambasts one of his nurses who says that Deborah “knew what she was doing, and got herself into it”. Instead of slut shaming her as so many films of the 40s and 50s do, People Will Talk shows the terrible pain and loneliness women suffered due to society’s judgement, and their lack of options. It also shows Deborah as a strong, sexually independent woman. She pursues him, not he her, and although he does want to help her, she never seems to have to be saved, and Noah doesn’t see her in that way. They are equals, they love each other truly, no matter society’s misjudgments. 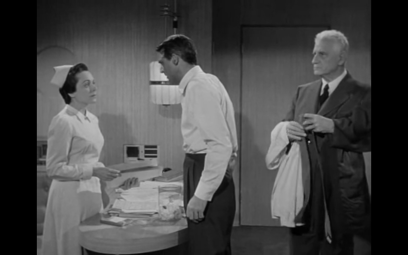 Jeanne and Cary are an utter match made in Heaven. They have absolutely splendid chemistry and are utterly natural together, there is nothing forced, they share and a look and you just know that they know what the other is thinking. This is shown both in their dramatic and comic exchanges. Their timing is exquisite, as is their body language. They also look like a dream together: Cary with his tanned skin and salt and pepper locks, and Jeanne with her delicate, but strong features. Their exchanges remind me so much of Cary and Deborah Kerr in An Affair To Remember. Not a beat is missed. They can make you laugh and cry, and you really care about Deborah and Noah together. You can see them as the real thing. I was cheering in the aisles (next to my couch) by the end of the film.

I can not recommend this film enough. Not only because of Jeanne and Cary, but also because of fabulous supporting turns by Hume Cronyn, Walter Slezak, Sidney Blackmer and Finlay Currie. And Mankiewicz’s script is an utter dream. He knows exactly how to develop each character, write dialogue that is exquisite and also to champion women. There are very few films like this, and I think the title is very fitting, yes people will talk. They’ll talk about how brilliant it is. 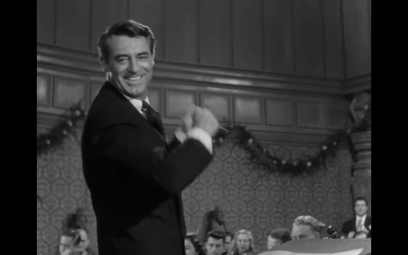 This is my contribution for The Jeanne Crain Blogathon being hosted by Christine from Overture Books and Films. Please visit her blog for more information and to read everyone’s contributions. 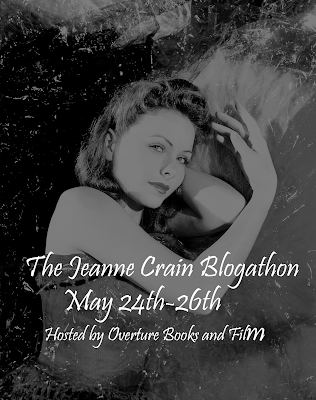 5 thoughts on “Always integrity: Jeanne Craine In People Will Talk (1951)”