This idea is thanks to the lovely Gill at Realweemidget Reviews

As many (if not the entire world and perhaps some extraterrestrial life) know, I am just mad about Ladd. Alan was an incredibly talented and beautiful actor, who went far too soon, but left such an incredible legacy behind him. Not only in the form of his own wonderful work, but his two sons, as well.

So in honour of Alan, I am “tagging to find out your” favourite gif of Alan and your four favourite pictures of him. There really needs to be more gifs of Alan in the world (heavy hint).

My four favourite pictures of Alan and my favourite gif are as follows:

As many of you know, this is a promo shot of Alan for his first major role as Raven in This Gun for Hire (1942). I love this photo because Alan looks so young and beautiful. You would never guess that he was almost thirty here. Also he manages to convey so much in his face. As Dirk Bogarde said, Alan really knew how to convey so much emotion in just a look. 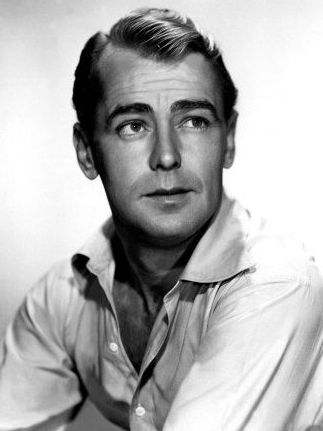 Give me a peek of Alan’s chest anytime and I’ll be over. the. moon. Alan had the most stunning body, which he kept in tip top shape thanks to much exercise. I also love how his eye brows look in this picture. I mean, even though I love everything about his face, his eyes and eyebrows were both so lovely. They just complimented each other to perfection. 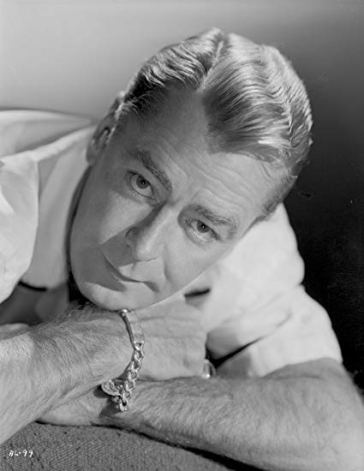 I love this picture because it shows how well Alan aged despite the fact that many people have to incessantly mention his battle with alcoholism. I also love how he’s posed here. Alan was never an exhibitionist, in fact he often cut out his own lines and gave them to other people whilst going through scripts. He looks really natural and relaxed here, and his eyes look so lovely as always.

I could never look so gorgeous in a candid shot. Alan looks as cute as a button with his eyebrows slightly raised, obviously attentive to whoever is addressing him. It’s also lovely to see him in colour. The colour of his hair has always fascinated me. In some films and pictures it looks almost golden blonde, in this one it looks like a lovely golden brown. His skin tone seems to have allowed him to get away marvellously with both shades.

And finally my favourite gif of Alan. This is Alan and his perfect match, Veronica Lake, in their first outing together, This Gun for Hire. Although Veronica and Robert Preston are romantic interests in this film, Paramount very quickly realised that it was Alan and Veronica people had come to see. And judging by this gif, I think we can see why.

Well guys and gals, I hope you all had fun with this one. See you again soon xx