The Reckless Moment (1949) is a Christmas film as Batman Returns or Die Hard is. It takes place during the holidays, but this happy time is marred by strife and tragedy. A coal in one’s stocking for sure.

For Lucia Harper (played by Joan Bennett) the coal comes in the form of borderline child sexual exploitation, murder and blackmail. The film is interesting in that it wastes no time in introducing Lucia’s predicament to you. She meets her daughter, Beatrice (played by Geraldine Brooks) boyfriend, almost lover, Darby (played to full oozing effect by Shepperd Strudwick), in a dingy bar in an equally grey, greasy motel. He wants money to leave Bea alone, Lucia doesn’t yield, and she and her daughter have a terrible fight. But eventually Bea finds out Darby’s true motives: cue a metal torch to the head and death by broken beach rail. Lucia, in a moment of motherly protection gone rampant, disposes of the body in a distant swamp. But the soup waters do not rid her of this problem, and the sexy, tragic and liquid eyed Donnelly (played by peak James Mason) appears out of the underbelly’s shadow and smartly blackmails her with love letters written by Bea to Darby. These love letters are a school girl fantasy, showing Bea’s blossoming sexual desires in a way that is surprisingly open for the code era and the squeaky clean post war years.

Despite them being strange bed fellows (winky wink), Lucia and Donnelly become almost domestic with each other. He gives her quarters for a phone call and carries her groceries. Eventually he falls in love with her, and despite her uptight out of sight middle class housewife position, Lucia is drawn to the dark flame of him. His tragic vulnerability, his desire to protect her from his ruthless business partner and the raw sexiness of him, in comparison to an offscreen, absent husband with a forgettable name.

This is the strength of the film: Joan and James’ sparking sexual chemistry, their physical proximity. From the moment he darkens her door, all almost six foot of him with too wide shoulder pads, he stands almost too close to her, dwarfing her. She looks up at him defiantly, side eying him when they’re seated in a car, rushing away from him while his front is almost pressed to her back. She clings to him often, especially at the end when the tragedy rips open, leaving them both flayed and rather broken. There is no triumph in the end. In another life and at another time, these characters could have saved each other.

The performance of everyone in the cast is exceptional. Strudwick isn’t given much screen time, but he just about gets down on his belly and slides across the floor in mocking obsequiousness. Geraldine Brooks plays Bea to the hilt, until you want to smack her around her childish head and then comfort her for experiencing her first real, soul deep heartache. Francis E. Williams plays the housekeeper, Sybil (of course), but she imbues her role with much pathos and emotion, in the class of Hattie McDaniel and Theresa Harris. 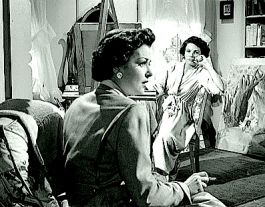 Max Ophüls direction is exceptional, perfectly married with Burnett Guffey’s cinematography and Hans J. Seller’s score. The camera moves through the seaside suburban house like a trespasser, a voyeur, focusing on the characters as they hurry along the upper landing, meet in conspiratorial whispers on the stairs, try to create privacy, and fail, in the open plan lower floor. He makes it clear that Lucia is never left alone. She is often trapped behind the dinner table, the sensible desk in her room and small spaces as well as large ones, which are equally inescapable for her. She is made a prisoner by domesticity, her demanding family, the open sexual charge of her meetings with Donnelly. She wars between these two worlds through Ophül’s constant, intrusive lens. Joan Bennett’s exceptionally dark, wide eyes are made much of as they struggle to see a way through the fog of domestic prison, the reawakening of long latent sexual desires, the dirty underbelly of the American dream, as it crushes immigrants and women underfoot.

Joan Bennett’s performance in this film is nothing short of a revelation. In every film I have watched with Bennett in it, although I admit I must make an effort to see more, she plays a strong character that breaks away from the constraints of society and seeks to fulfil a traditionally male role. This is encapsulated in The Reckless Moment. During WWII women were expected to take up the maintenance of the homefront. Keep the home fires burning by working in factories, and taking on positions that were impossible to them before. After the war, they were, unsurprisingly, expected to retie their aprons and manage the household books: the only safe kind of maths for them. But The Reckless Moment shows how that easy, “right” solution was so often not realised. Lucia is left to head the house in the wake of her husband’s unspecified, but protracted, absence. Instead of her husband being the one to solve the blackmail problem, Lucia is the one who strikes out into the world beyond the suburban coastline and wade into the depths of the murky city waters, where pawnbrokers and career grifters dwell. The happy nuclear family is fractured in Lucia’s world. Her old, oblivious father in law resides with her. Too late does he offer her emotional support. Her daughter is wilful, and then returned to domestic teenage society with broken butterfly wings, and her son is the annoying high pitched product of the almost 1950s.

Lucia is constantly watched, as stated before, by Ophül’s camera, as well as her family, who question her movements outside of the homestead. Donnelly, ironically provides her with the opportunity to move outside of this oppressive boundary, but once she has breeched it, the sky falls upon their heads.

The ending of the film showcases Ophül’s superb direction, with Lucia seemingly trapped behind the slats of the staircase like domestic bars, and Donnelly also immobile. Both of them cannot escape the worlds that seem to be of their own making, but are really the product of a dark world that is thinly hidden by the bright veneer of respectable life. It is quite clear at the end that outward appearances will be maintained, but Lucia is forever sentenced to dwell in the shell of herself. A shell quickly, but only superficially mended, after Joan conveys her character’s desperate heartache by almost retching with tears on her plain, sensible marital bed. 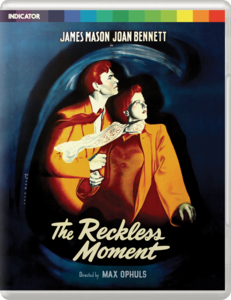 This is my contribution for The Joan Bennett Blogathon being hosted by the lovely Crystal from In the Good Old Days of Classic Hollywood. Don’t miss out on the other tributes to this unforgettable actress on Crystal’s blog. 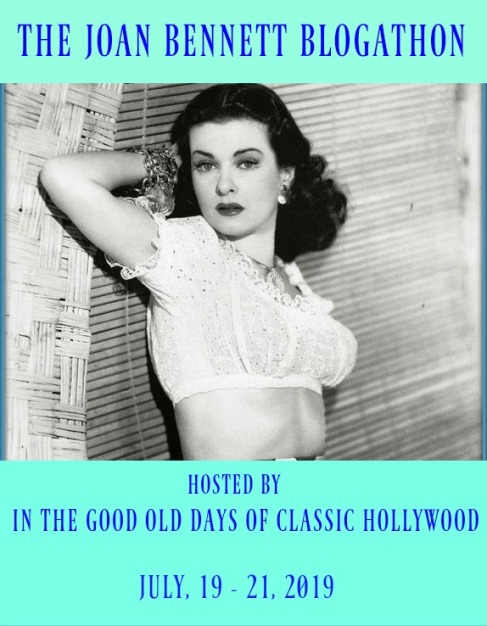