Deborah Kerr and Cary Grant made four films together, the most famous of which is An Affair to Remember, but four years before they declared their love for one another on an ocean liner and immortalised the Empire State Building; they starred in a comedy called Dream Wife. 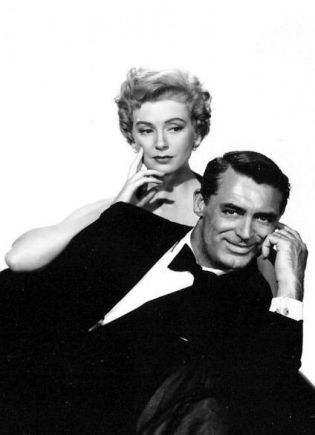 The film is about an ordinary American couple (amusing seeing as Deborah and Cary were both very British), Clem and Effie, who cannot reconcile their personal desires with the compromises necessary for a successful relationship. So they decide to end their relationship, and Clem impulsively proposes marriage to Tarji (played by Betta St. John) the daughter of the Khan of Bukistan (played by Eduard Franz), who is supposed to be the dream wife: submissive and totally dedicated to Clem’s needs and desires. But things are complicated when Clem cannot reconcile his beliefs with Bukistani traditions, and he and Effie begin to realise they may not have fallen out of love with each other.

Dream Wife is certainly not the best film that Deborah Kerr or Cary Grant made, and unfortunately seems to have been the film that compelled Grant to go into a two year acting hiatus, until Hitchcock convinced him to return to the screen for To Catch A Thief. The movie definitely doesn’t push either Deborah or Cary’s acting abilities, and actually overdoes its situational and physical comedy at times. It also hasn’t aged well in terms of its portrayal of the Middle East, with its terrible made up language and mishmash of Eastern customs and cultures.

But there’s also a lot to like about the film, especially its two leads and their wonderful chemistry. Cary Grant’s character is an absolute schmuck for most of the film. You can’t even really feel sorry for him when Deborah’s character is neglecting him, because he acts like such a self pitying child about it. The film mercilessly pokes fun at men’s insecurity when it comes to women being emancipated, and shows chauvinism to be the ridiculous mindset that it is.

Clem wishes for a wife who will meet, what he thinks, are the duties that a woman is supposed to. But when he gets such a woman, he is dissatisfied, because he hasn’t taken into account that he’s been living in a society that allows certain “liberties” between men and women. One scene which shows this to hilarious effect, is when Tarji, Effie and Clem are walking in the park, but the two women have to walk three paces behind Clem according to Bukistan law. This frustrates Clem because he cannot talk to either of the women.

Cary Grant’s comedic talents are on full display in this film, and he shows his usual brilliance with physical comedy to wonderful effect. When he first meets his future father in law, he falls into the room, causing the Raj to remark, “Does he always enter a room like that?” Another long running gag is him trying to get into Tarji’s room at night and first mistaking her bulky guard for her and then mistaking Effie for his future bride. These scenes are utterly ridiculous, and would not work with any other actor. But Cary is so sincere in his portrayal of Clem in these scenes that you cannot help but laugh out loud. Especially when he realises not once, but twice, that he hasn’t been cooing into his bride’s ear, and gives his patent exaggerated eyebrow raise. 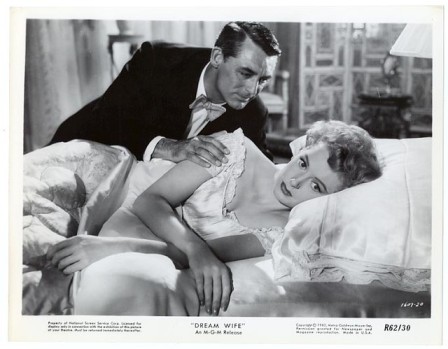 But it’s his scenes with Deborah which are the highlight of the film. Their timing is utterly brilliant, and they effortlessly follow one another’s rhythm throughout the movie. My favourite scene of their’s is when they are in Effie’s office and telling each other what they disliked about one another during their relationship. Clem eventually kisses Effie (of course he does) to prove that he is indeed a good kisser. They both experience an “earthquake” and their respective reactions are wonderfully dry.

Deborah, our lady of the hour, shines as usual in a part that would not be as fleshed out or memorable if any other actress had played it. Effie is a woman who has to struggle with what multiple people expect from her, most importantly the fact that she is a woman in a very important job who finds herself torn between her desire to have a career and a romantic relationship. While that isn’t exactly a new concept, Deborah is so likeable and funny as Effie that you don’t mind too much. Her best scene in the film is when she drinks too much Bukistan rice wine and force feeds Cary sweet meats, and strums on a kind of oud. While she was brilliant at drama, as proved in An Affair to Remember, The End of the Affair and Thunder in the East, her turn in Dream Wife shows her brilliance in comedy in the tradition of actresses like Irene Dunne and Carole Lombard. She would have been fabulous in screwball comedies. 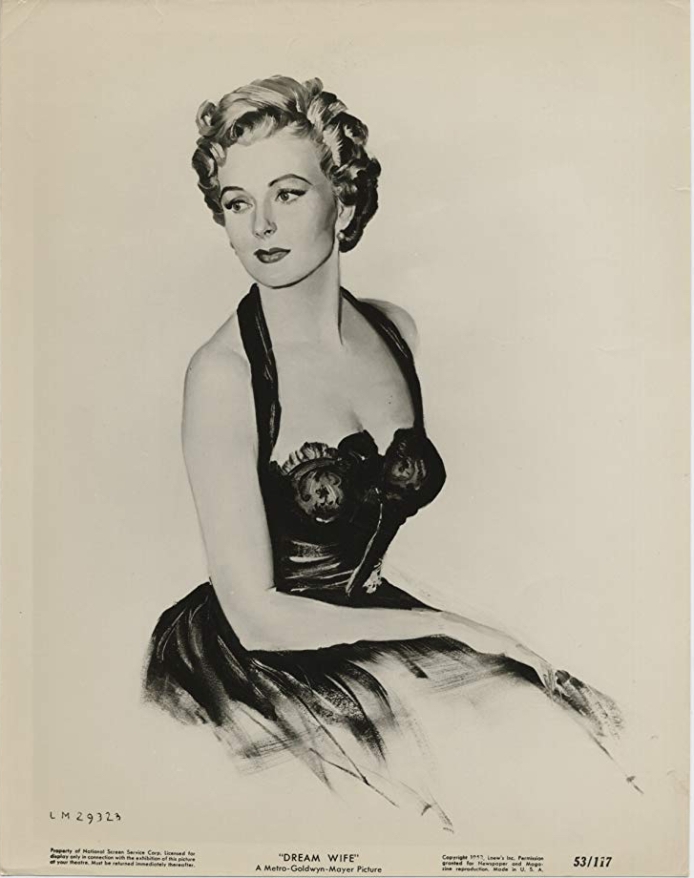 Overall, as I said, Dream Wife is definitely not the best movie that either of its leads starred in, but its light and a very easy watch. Plus you get to see Deborah and Cary in their respective primes in the 1950s. 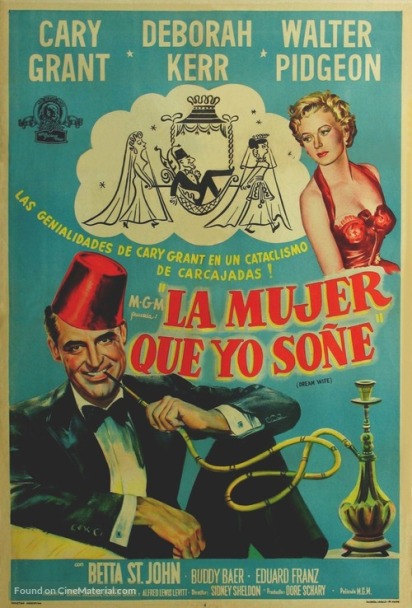 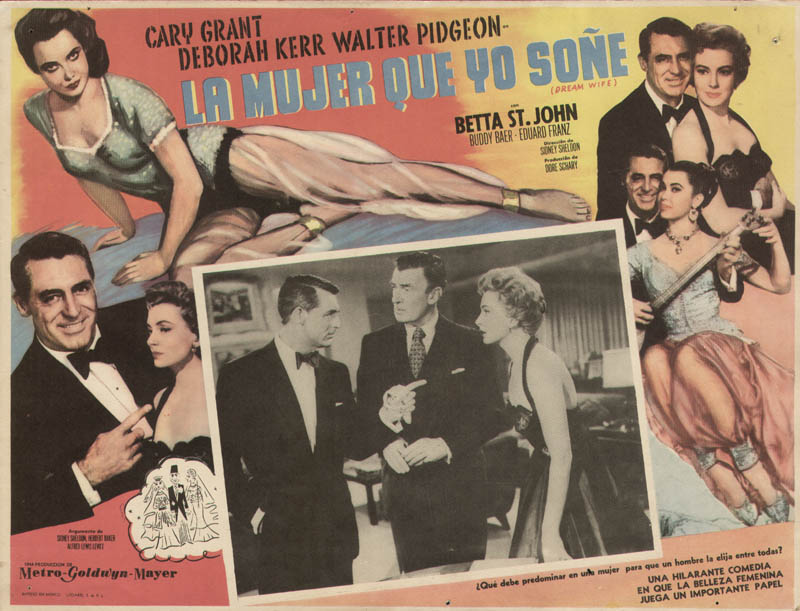 This is my first contribution to the Second Deborah Kerr Blogathon being hosted by the lovely Maddy. Please visit her blog to read all of the contributions to the Blogathon about this English beauty.