In 1968, Mia Farrow showed that she could play a character that required both exhaustive physical and psychological realisation. In Rosemary’s Baby, she played a young woman who has the unimaginable happen to her, and she was rightly nominated for a BAFTA and Academy Award for her efforts.

A year before that, in 1967, Audrey Hepburn would star in a film called Wait Until Dark, in which she played a blind woman who must outwit a killer when she is hurtled into a situation not of her own making.

In 1971, Mia Farrow would star in a film that was much like Wait Until Dark, but which upped the ante considerably, and which once again showcased her ability to play a character that would be subjected to the unimaginable for the span of an entire film. That film would be Richard Fleischer’s See No Evil. 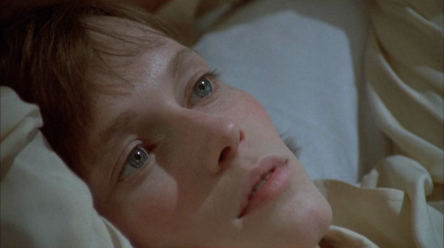 It may be strange to think that the same man who was the son of animator Max Fleischer, who made such films as Mr Bug Goes To Town, could direct a film centred around the graphic and intense subject material that is contained within See No Evil. But in 1968, the same year as Mia’s breakout film role, Fleischer demonstrated his ability to create a frenetic, disturbing world with The Boston Strangler starring Tony Curtis. 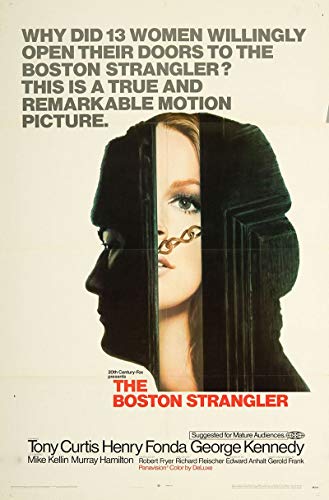 See No Evil is about Sarah (Mia Farrow), a young woman who has been blinded in a horse riding accident. She is greatly traumatised by this dramatic shift in her life, as well as the fact that her beloved horse had to be put down because he, too, was injured in the incident. But she is determined to live as normal a life as possible, although it is clear that there are still many obstacles to overcome. She goes to live with her aunt and uncle (played by Robin Bailey and Dorothy Alison) and their daughter (played by Diane Grayson), and although all of them are intent on making her as happy and comfortable as possible, Sarah chafes at the fact that they all treat her like fine china. Things are further complicated by the fact that she is still in love with her ex fiance, Steve (played by Norman Eshley), who returns her feelings, but who is unsure of how to deal with her disability. Whilst Sarah is away from the house with Steve, the unthinkable happens: her aunt and uncle and cousin are all murdered by an unseen assailant (he is only represented by a pair of distinctive cowboy boots), and their bodies are left in the house. Sarah, due to her blindness, is utterly unaware of this, and goes about her routine. But when and how will she discover the gruesome evidence about the house? And what will the killer do when he realises he’s left her alive? 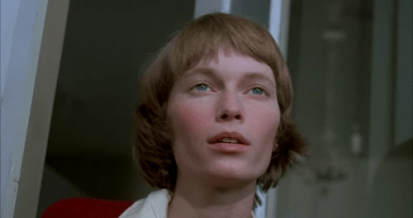 What makes this film so incredibly hard hitting, is the fact that it is centred around such a vulnerable character. While this may seem to be a fairly obvious statement, as sighted people, we take for granted how much that sense allows us to go about our daily lives. At first the premise of the film sounds almost ridiculous. How can someone not realise that there are three corpses in their house? Even if they are blind? But Mia’s performance and Fleischer’s direction ensure that the premise goes from potentially ridiculous to extremely nerve shredding. Many parts of the film, such as when Sarah starts running a bath with her uncle’s bloodied corpse in it, will have you sharply drawing breath and shouting at the screen. He’s in there! He’s in the bath! The water becomes scarlet with his blood, but Sarah cannot see that, and does not dip her hand into the water where her uncle is being submerged.

She also gets dressed whilst her cousin’s corpse is draped awkwardly across the other bed, her limbs like a broken puppet. But Sarah never goes near the other bed, and her cousin does not reply when she speaks to her, so she assumes, quite logically and normally, that she is asleep.

Fleischer’s direction makes you feel like a silent witness, as if you are walking through the house with Sarah, but like the bodies of her family, she cannot see you. As events unfold, you feel yourself becoming more and more agitated, such as when she misses stepping on a piece of glass by a minutiae, or when she is driven out to the middle of nowhere, and has to first escape a dilapidated wooden shack and then struggle over mounds of muddy earth before she can be found. You feel entirely helpless, and because of this, you become increasingly empathetic towards Sarah, and you also realise what a survivor she is. The circumstances she survives would be impressive for someone equipt with all their senses, never mind someone who is lacking a vital one.

The perspective the film offers also makes you unsure of who you can trust. Steve, who seemingly cares deeply for Sarah, even becomes a plausible suspect, as it becomes obvious that the killer was let into the house by Sarah’s cousin. But why would he murder Sarah’s family? What motive could he have? Then another man, a gypsy, shown in the film to be an outcast because of the prejudice of the characters in the film, as well as your own as a viewer; is presented as another possible perpetrator of these gruesome crimes. And the randomness of the act disturbs you even more. Why were Sarah’s family, who seemed so normal, even if they were wealthier than most, chosen for such a heinous act? By the time the killer is revealed, you suspect everyone except Sarah, and you are truly amazed by what is shown to be the reason for these murders.

Mia Farrow’s performance in this film is truly exceptional. She is entirely convincing as a woman who has been robbed of her sight. She shows her efforts to still use her vision as a means to focus on things, and how she is forced to use other senses instead. She does not simply play Sarah, but becomes her entirely, and while The Palm Beach Post claimed that what Sarah is put through amounts to sadism, Mia’s performance makes this statement entirely untrue. Although what befalls her is in the extreme, it is not implausible, as the purpose of it is to show how entirely without defence we are without what we are accustomed to depend on. Sarah was not born blind, and Mia’s performance shows her efforts to grow accustomed to the finality of her “condition”, and how quickly her world is thrown into disorder when what she has grown used to is gone. 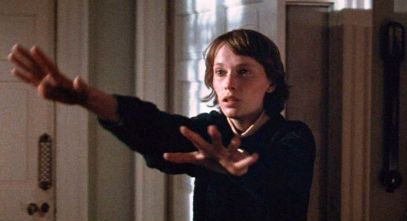 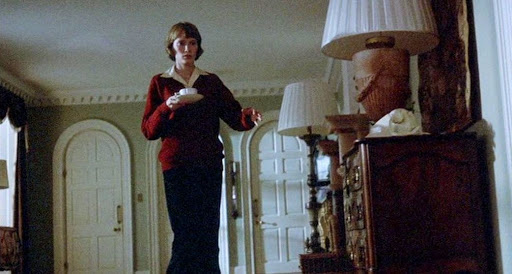 I think what I find truly amazing about her turn as Sarah, is that she manages to maintain the quality of her performance for the entire film. Not once does she appear to forget that she is supposed to be sightless, not for a moment does she do something that she could do as a seeing actress. The scene in which she races through the forest on horseback but is eventually thrown and must find her way without guide or marker is a masterclass in immersive acting. And when she is nearly drowned by the killer towards the end of the film, you are absolutely convinced that there is no way for her to know that he is in the room with her, that he is about to strike. 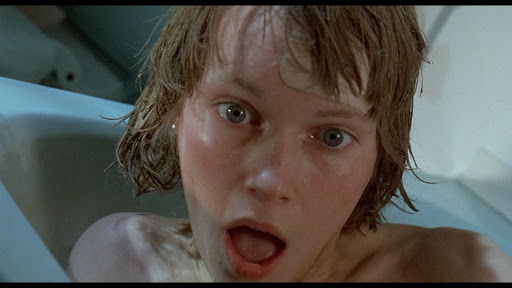 I was very shocked to learn that Mia was not nominated for any awards for this film, when her performance was just as good and even better than those actresses who were nominated for Oscars and BAFTAs in 1972. I think that the sheer physical and psychological gambit that Mia has to act out in See No Evil should have been far more recognised. For me, her performance is one of the best of that decade, and should receive universal acclaim.

This is a film that will make you question many things about your own life, and how assured and comfortable you are in the knowledge that it will never change. That you will always have certainties, such as your sight and the protection of your family and other loved ones. That it could never possibly happen to you. But what if it did? What if you couldn’t see the evil around you, right in front of you? Would you be able to survive? 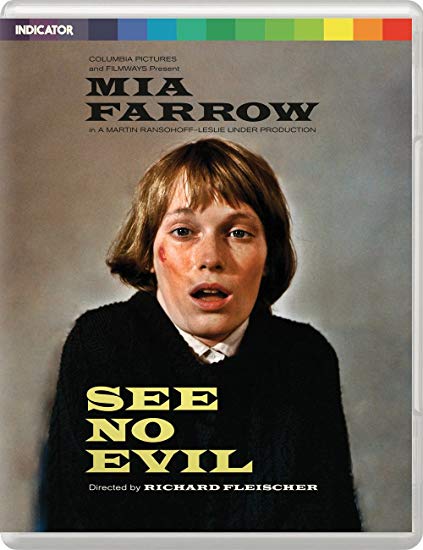 This is my first contribution to the Magnificent Mia Farrow Blogathon that I am hosting. Please visit my blog to read all the wonderful entries. 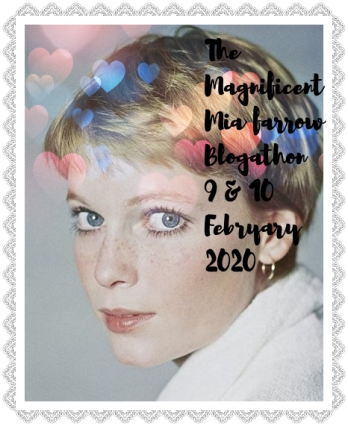